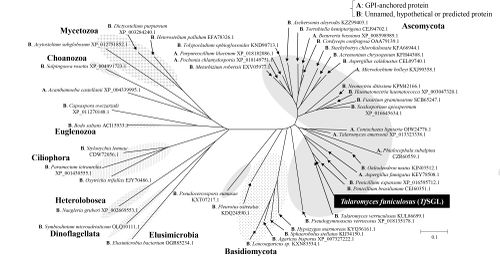 In Glycoside hydrolase family 162, a β-1,2-glucanase only from Talaromyces funiculosus (TfSGL) has been identified, characterized and structurally analyzed as of June 4th, 2019 [1]. The enzyme specifically hydrolyzes both cyclic and linear β-1,2-glucans, which comprise a β-linked glucosyl backbone, and preferably releases sophorose (Glc-β-1,2-Glc) from the reducing end of linear β-1,2-glucan [1]. Almost all of the family members are from Eukaryotes [1] 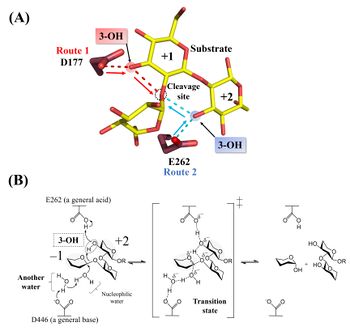 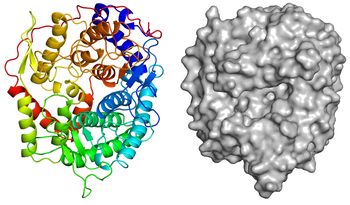