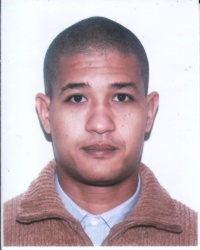 Tirso Pons obtained his B.Sc. degree in Nuclear Physics from the Institute of Nuclear Sciences, Havana, then completed his Ph.D. in Biology at University of Havana with Joaquin Diaz and Alfonso Valencia in 2002, working on the sequence analysis, and structure and functional residues prediction for glycosyde hydrolase GH32, GH49 and GH68 families. He and colleagues predicted for the first time a common catalytic beta-propeller fold for the GH32 and GH68 families, and also proposed an aspartate residue in the conserved "Arg-Asp-Pro (RDP) motif", which plays a major role in catalysis. He was a visiting scientist at Dr. Alfonso Valencia's Lab (CNB-CSIC) at the Autonomous University of Madrid, Spain, and at Dr. Gert Vriend's lab at the European Molecular Biology Laboratory (EMBL), Heidelberg, Germany. In 2007 and 2010 he obtained postdoctoral SEBiot and EMBO fellowships at the Structural Biology and Biocomputing Programme of the Spanish National Cancer Research Centre (CNIO), Madrid. Tirso is currently an Associate Professor at Deparment of Biochemistry, and a permanent researcher at the Center for Protein Research (CEP), Faculty of Biology, University of Havana.