exo- and endo- refers to the ability of a glycoside hydrolase to cleave a substrate at the end (most frequently, but not always the non-reducing end) or within the middle of a chain. For example, most cellulases are endo-acting, whereas LacZ β-galactosidase from E. coli is exo-acting. 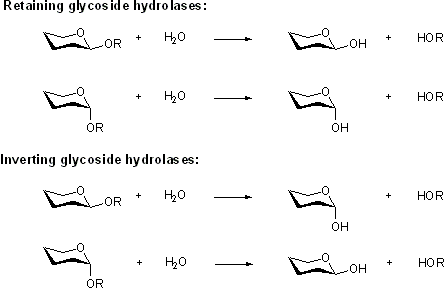 Hydrolysis of a glycoside with net inversion of anomeric configuration is generally achieved via a one step, single-displacement mechanism involving oxocarbenium ion-like transition states, as shown below. The reaction occurs with acid/base assistance from two amino acid side chains, normally glutamic or aspartic acids, that are typically located 6-11 A apart. 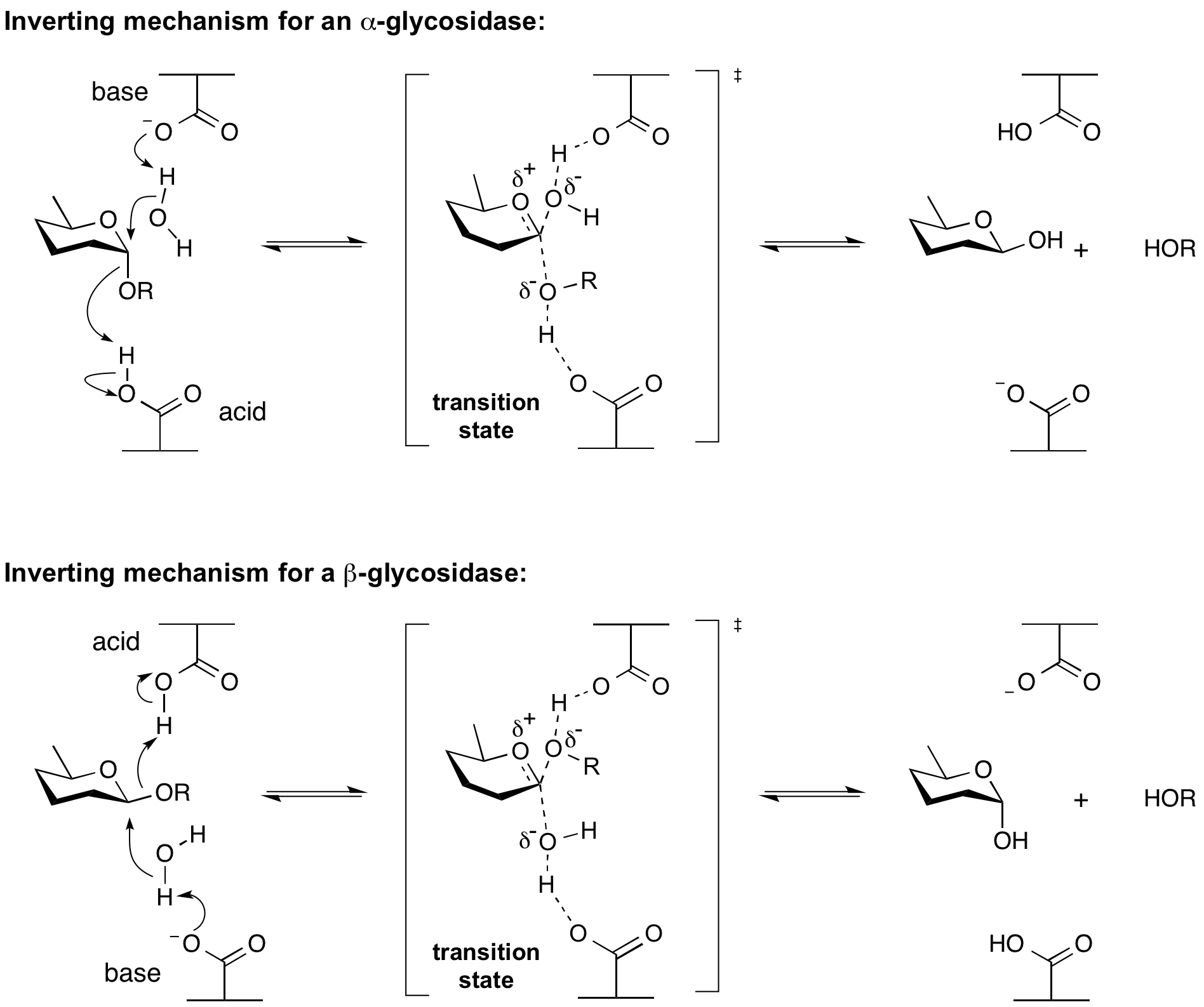 Hydrolysis with net retention of configuration is most commonly achieved via a two step, double-displacement mechanism involving a covalent glycosyl-enzyme intermediate, as is shown in Figure 3. Each step passes through an oxocarbenium ion-like transition state. Reaction occurs with acid/base assistance provided by two amino acid side chains, typically glutamate or aspartate, located 5.5 A apart. In the first step (often called the glycosylation step), one residue plays the role of a nucleophile, attacking the anomeric centre to displace the aglycon and form a glycosyl enzyme intermediate. At the same time the other residue functions as an acid catalyst and protonates the glycosidic oxygen as the bond cleaves. In the second step (known as the deglycosylation step), the glycosyl enzyme is hydrolyzed by water, with the other residue now acting as a base catalyst deprotonating the water molecule as it attacks. The pKa value of the acid/base group cycles between high and low values during catalysis to optimize it for its role at each step of catalysis.