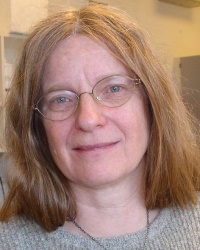 Birte Svensson is professor (2004) at Enzyme and Protein Chemistry, Department of Systems Biology, the Technical University of Denmark. She obtained her M.Sc.(1970) and Ph.D. (1974) from University of Copenhagen, Denmark, making thesis projects on immobilisation and chemical modification of subtilisins at the Carlsberg Laboratory, supervised by Martin Ottesen and Hans H. Ussing. She was post-doctoral fellow first at Institut Pasteur in Paris (1974) working with Borivoj Keil on structure/function relationships of chymotrypsin and collagenases and then at Department of Biochemistry, University of Copenhagen, working on integral intestinal brush border peptidases. Returning to the Carlsberg Laboratory in the late 70'ies she started to work on fungal beta-glucanase and in 1980 took up purification and sequencing of glucoamylase (GH15) from Aspergillus niger and identified one of the first very longer highly O-glycosylated linkers as well as one of the first carbohydrate binding modules, the starch binding domain (of CBM20). This was followed by identification of essential substrate binding tryptophans and catalytic site residues using differential chemical labelling followed by further analysis using site-directed mutagenesis and ITC for binding of active site inhibitors (incl. acarbose) and beta-cyclodextrin to the SBD. She crystallised barley alpha-amylase (GH13) in the mid 80'ies and the structure was determined in Richard Haser's group (in Marseille and Lyon). This was followed by protein engineering and mutational analysis studies of structure/function relationships of a couple of isozymes and analysis of the interaction with a proteinaceous inhibitor (barley alpha-amylase/subtilisin inhibitor) using ITC and SPR. She has examined the structural basis for processivity, subsite binding energy profiles and secondary surface binding sites and their role in activity and interaction with polysaccharides and starch granules. Recent work includes the starch debranching enzyme limit dextrinase (GH13), its specificity and interaction with a proteinaceous inhibitor. She is currently also engaged in discovery of enzymes and transporters involved in utilisation of carbohydrate prebiotics by probiotic bacteria and in chemoenzymatic transglycosylation for production of novel oligosaccharides. She has worked with evolution of GH13 and written several reviews. Besides the field of carbohydrate-active enzymes, she works on cereal proteomics. She is a co-founder (1995) of the Carbohydrate Bioengineering Meetings.