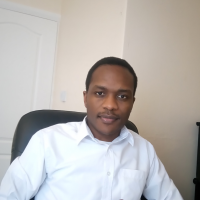 Didier Ndeh is a postdoctoral research associate at the Institute for Cell and Molecular Biosciences (ICAMB), Newcastle University, UK. Didier completed his PhD at Newcastle University in the year 2013. Since then, Didier’s research has focused on the understanding of host-microbial interactions involving the human gut microbiota. Prior to his PhD, Didier obtained a BSc in Biochemistry from the University of Buea in Cameroon in 2007. He was later offered a UK Commonwealth Scholarship to study for his MSc in Biotechnology at Nottingham Trent University, which he completed in 2009. Didier later worked as a research assistant on an Onchocerciasis Drug Research programme at the Biotechnology Unit of the University of Buea before obtaining another UK Commonwealth Scholarship to study for his PhD at Newcastle University. Didier’s work on complex glycan metabolism by the human gut microbiota has led to the discovery of several novel carbohydrate-acting enzyme families including GH137, GH138, GH139, GH140, GH141, GH142, and GH143 [1]. Didier (in collaboration with Arnaud Basle and Harry Gilbert) determined the first crystal structure of a GH141 enzyme, specifically the pectin degrading BT1002 fucosidase encoded by the human gut bacterium Bacteroides thetaiotaomicron [1].