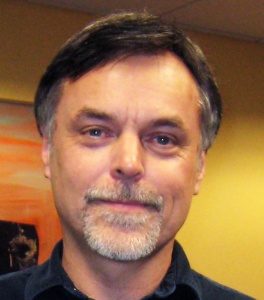 Paul Harris received his B.A. and M.A. degrees in Biological Science from California State University Sacramento. He worked for many years as a staff researcher in the laboratory of James Boyd at the University of California, Davis, studying DNA repair in Drosophila melanogaster. He subsequently obtained his PhD in Biochemistry and Molecular Biology from UC Davis in the laboratory of Kenneth Burtis. His dissertation work focused on the discovery, biochemical characterization and structure-function analysis of a new eukaryotic DNA polymerase (polymerase theta) [1]. His postdoctoral work was carried out at Novo Nordisk Biotech (now Novozymes, Inc.), where he is now employed as a Staff Scientist. Starting in 2000, he has worked almost continuously until the present on discovering and improving enzymes for cellulosic biomass deconstruction, serving first as the proteomics group leader and subsequently as the overall project leader for the Cellic CTec and HTec product improvement effort.

He became interested in the AA9 family of proteins in 2002 when they were observed to be abundantly expressed in multiple cellulose-degrading fungi. He is patent co-inventor on the earliest public disclosure that describes the ability of certain AA9 proteins to enhance cellulose degradation (WO2005074647), and primary author along with Ditte Welner of the first peer-reviewed publication documenting AA9 activity and analyzing structure-function relationships [2].