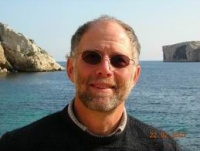 Steve Withers obtained his BSc in Chemistry from the University of Bristol, U.K. in 1974, then completed his PhD at Bristol with Mike Sinnott in 1977, working on the catalytic mechanism of E. coli (lac z) Beta-galactosidase (GH2). His postdoctoral fellowship was carried out at the University of Alberta, Edmonton, Canada, working with Neil Madsen and Brian Sykes doing 31P-NMR studies on the role of PLP in the mechanism of glycogen phosphorylase (GT35). In 1982 he moved as Assistant Professor to the Department of Chemistry, University of British Columbia and now holds the Khorana Chair in Chemistry and Biochemistry at UBC. During this time he has spent sabbatical leaves at the University of Oxford (Louise Johnson, 1991/2: Raymond Dwek, 1998/9) and AFMB, Marseille (Bernard Henrissat, 2006/7). His research interests concern mechanisms of glycosidases and glycosyl transferases, engineering of these enzymes, particularly for enzymatic glycoside synthesis (glycosynthases and thioglycoligases), and development of inhibitors as potential pharmaceuticals.