From CAZypedia
(Redirected from PL15)
Jump to navigation Jump to search 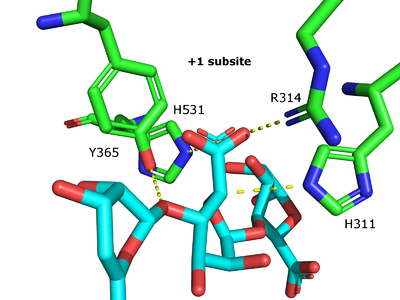 Figure 1 +1 subsite of the alginate lyase Atu3025 with the MGG substrate.

The β-elimination catalyzed by the PL15 enzymes results in the formation of a C4-C5 unsaturated sugar residue at the new non-reducing end. The first step is the neutralization of the acid group in the +1 subsite by the conserved H531 and R314 (Atu3025 numbering)[3]. This lowers the pKa value of the C5-proton allowing for abstraction by the catalytic base (Figure 1). A catalytic acid then donates a proton to the glycosidic linkage resulting in the β-elimination.

After charge neutralization a histidine functions as the catalytic base and a tyrosine as the acid. They were originally identified as H311 and Y365 in Atu3025 from Agrobacterium fabrum [3]. 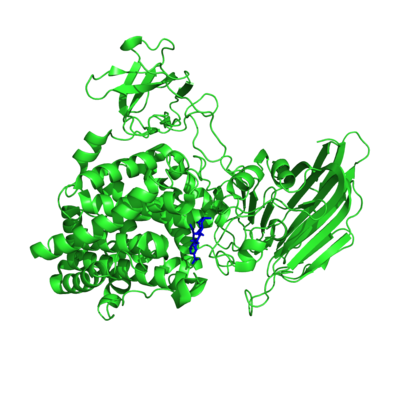 Figure 2 Crystal structures of the substrate complex of the monomeric Atu3025 (PDB ID 3AFL) with the MGG substrate in blue.

The first crystal structure available for a PL15 member was that of the alginate lyase Atu3025 from Agrobacterium fabrum (Figure 2) [3]. The catalytic domains consists of an N-terminal (α/α)6 barrel domain and a C-terminal anti-parallel β-sheet domain. The catalytic site is located between the two domains with the catalytic residues and the arginine charge neutralizer located in the (α/α)6 barrel and the histidine neutralizer in a loop extending into the active site from the anti-parallel β-sheet domain [3].

First catalytic activity
Alginate lyase IV from Sphingomonas sp activity shown against alginate di- and trisaccharides by TLC from purified protein [2].
First catalytic base/acid
Atu3025 from Agrobacterium fabrum. H311 and Y365 was suggested as acid/base based upon the crystal structure of the substrate complex, residue conservation, mutagenesis and activity analysis (H311A: inactive and Y365A: 0.3 % activity remaining)[3].
First charge neutralizer
Atu3025 from Agrobacterium fabrum H531 was suggested based on the crystal structure, its conservation, mutagenesis and activity analysis (H531A 0.45 % activity). R314 is proposed based on its proximity to the carboxylate group in the +1 subsite and its conservation [3].
First 3-D structure
Atu3025 from Agrobacterium fabrum an exo alginate lyase from subfamily 1 [3].