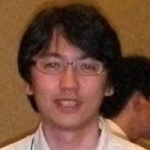 Toki Taira is an associate professor at Department of Bioscience and Biotechnology, Faculty of Agriculture, University of the Ryukyus located in Okinawa island, Japan. He received PhD degree in 2001 from Graduate School of Agriculture in Kyushu University. His research program currently focuses on the structures and functions of plant chitinases (GH18 and GH19), including their CBMs (CBM18 and CBM50), which are involved in plant self-defense against fungal pathogens. He contributed enzymatic characterization of various plant chitinases [1, 2, 3, 4] and analysis of their antifungal action by using combination of biochemical experiment and bio-assay [5, 6, 7, 8]. He and his colabolater found a new type chitinase consisting of GH18 and LysM domains (CBM50) from fern plant [2]. They reported LysM domain of the chitinase could bind to a chitin and contribute signiﬁcantly to the antifungal activity of the protein through their binding activity [2, 9]. CBM50 has been established by these reports.