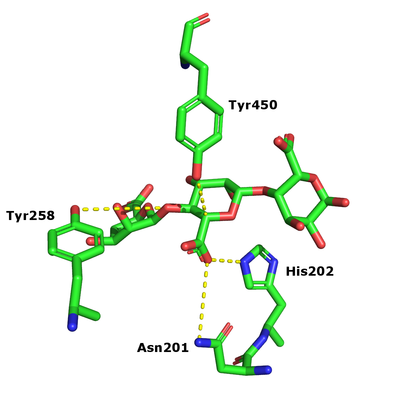 The β-elimination catalyzed by the PL17 enzymes results in the formation of a C4-C5 unsaturated sugar at the new non-reducing end. The first step is the neutralization of the acid group in the +1 subsite by the conserved histidine and asparagine. This lowers the pKa value of the C5-proton allowing for abstraction by the catalytic base (Figure 1). A catalytic acid then donates a proton to the glycosidic linkage resulting in the β-elimination [3].

After charge neutralization a tyrosine functions as the catalytic base and another tyrosine as the acid. These were originally identified as Y456 and Y258 in Alg17c from Saccharophagus degradans [3]. 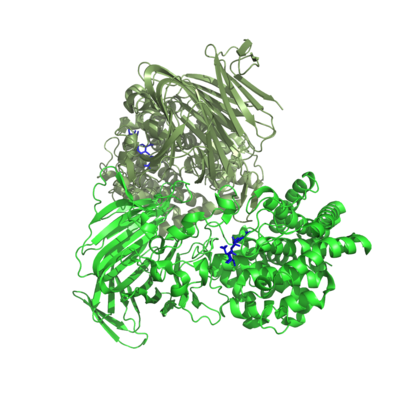 One crystal structure is available in PL17, that of Alg17c from Saccharophagus degradans belonging to subfamily 2 [3]. It is an (α/α)6 barrel + anti-parallel β-sheet with the catalytic machinery located in the (α/α)6 barrel (Figure 2). Alg17c is a homodimer, though that does not appear to be a general feature of PL17 [2, 3, 4, 5].